The Inca empire used to be one of the biggest empires in the entire world with 12 million people, before the Spanish conquistadors captured the Inca emperor in 1532. The empire used to be located from Colombia to Central Chile, with Cuzco (Peru) being the centre of the Incan empire. Although conquered by the Spanish a long time ago, there are still remains of the Inca civilization today. Their language Quechua for example, is still spoken in many Southern American countries today, such as Ecuador, Southern Bolivia, Southern Colombia, and parts of the Amazon basin (“Origins And Diversity of Quechua,” n.d.). Machu Picchu is the most well-known tangible icon of the Incan civilization today. In 1983, Machu Picchu became an UNESCO World Heritage site and in 2007 it was even voted as one of the New Seven Wonders of the World in a worldwide internet poll (UNESCO, n.d.). Unfortunately, because of its popularity, the Inca trail has eroded significantly. Around 6,000 people visited the Inca citadel per day before the Coronavirus crisis (France24, 2019), which has severe consequences on the natural environment of the site. A lot of plastic waste can be found along the trail (Geographyfieldwork, n.d.) and in a more extreme case back in the beginning of 2020, some tourists snuck into the ruins and caused a rock to fall from a wall of the Temple of the Sun, damaging it (The Guardian, 2020). Machu Picchu was reopened on 1 november this year for tourism, after being closed for about 8 months due to Covid. However, some new rules have been established to ensure the safety of tourists. The maximum number of visitors per day is now 675, about 30% of its previous capacity. 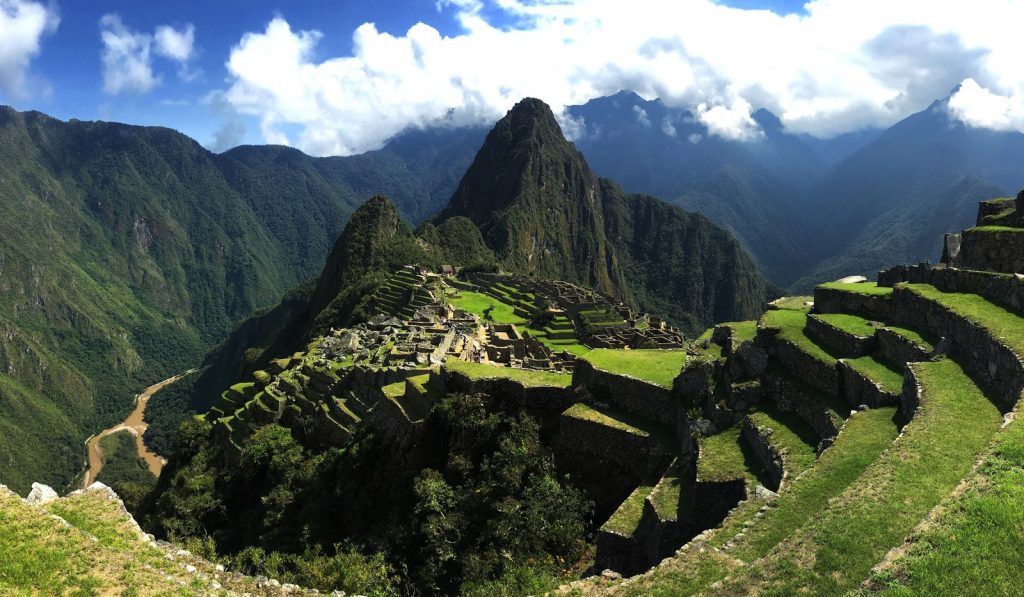 The Incas worshipped multiple gods. Viracocha was the first god to exist and according to the Inca belief, created the earth, the sky, humans and the other gods. Inti, the god of the sun, was another important god to the Incas. The emperor of the Inca (Inca Sapa) was said to be descendent of Inti, which made him partly god himself. Another Incan god was Mama Quilla, the goddess of the moon, married to Inti. She represented the goddess of marriage and the defender of women. Next to that, there was the goddess of Mother Earth, Pachamama. This particular god was responsible for successful harvests and farming (Britannica, 2020). These are just some examples of gods that the Incas worshipped!

Unlike the Mayas, the Incas did not have a system of hieroglyphic writing. Instead, the Incas used a system of knotted textile strings, also known as quipus. The messages that the quipus try to tell are still a mystery to this day. The knots on the quipus convey meaning through type, location and direction. Researchers did find quite some information on the way numerical systems work on quipus, but deciphering non-numerical information remains a challenge (NationalGeographic, 2017).

The rise and fall of the Inca Empire – Gordon McEwan

Threads That Speak: How The Inca Used Strings to Communicate | National Geographic