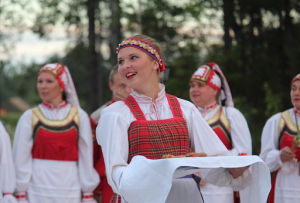 The subject of this week’s post is an ethnic tribe that you may have not heard of before: the Komi. The Komi people are an ethnic group, diverse in subgroups, dialects and ways of living. Their homeland is situatedalong the Vychegda, Pechora and Kama river basins in the north-east of European Russia. They mainly live in the Russian Federation (but also in Hungary, Norway, Sweden, Latvia, Finland and Estonia) and specifically in the Komi Republic, Perm Krai, Murmansk Oblast, Khanty-Mansi Autonomous Region, and Yamalo-Nenets Autonomous Region, they belong to the Permian branch of the people 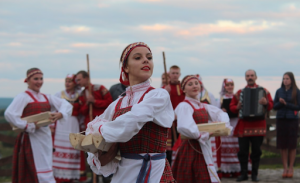 There are nearly 230000 Komi in the Russian Federation, according to the 2010 national census. Komi peoples’ faith is Eastern Orthodox Christianity. What is more, this ethnic group has a language of their own, the Komi language. It belongs to the Permian branch of the Uralic family.

By the end of the 19th century, the Komi had become one of the world’s largest reindeer herding communities, borrowing Nenet (reindeer herders in Russia’s Arctic) methods while making their own adaptations. For the sake of transportation, reindeer are used, along with wood and birchbark vessels that have historically been utilised up and down the rivers. A major part of their diet is reindeer meat and fish, salted for preservation. 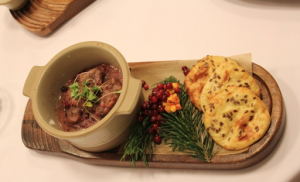 If taking a look at their oral practices and legends, Komi values and beliefs become observable. Their deep-seated bond with the natural world is kept intact. Once, river spirits were related to fishermen, woodland spirits to hunters. In the Komi culture, sacred animals have always been revered, especially the pike and the duck. In fact, the bones of these species have been used to make defensive amulets. Amulets with bear paws and fangs were also worn by hunters. Furthermore, trees were/are seen as holy, and the soul of the dead was assumed to be preserved by older trees. In several cemeteries, besides the Orthodox crosses, tree stumps can also be found near Komi graves.

The Komi are also renowned for their musical skills: all facets of life are originally followed by songs from birth to death. Their bridal songs, laments for grief and epics are of special cultural significance. They still have troves of folklore, riddles, limericks, witches, healers, and personified animal’ tales.

The Komi live in the Republic of Komi, where both Russian and Komi are the official languages. Over 1,400 km northeast of Moscow, the Republic of Komi is one of the most precious havens in Russia for wildlife and natural reserves. Forests and shrubs occupy about 80 percent of the region. What is more, the fauna here is rich, and as many as 33 species of birds, 15 mammal species and six types of fish are on the list of protected species. Animals such as elks, bears, beavers, otters, foxes, minks and lynxes are found here as well. 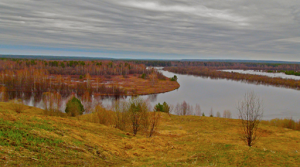 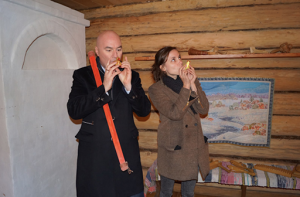 Additionally, within the Komi republic a Finno-Ugric Ethnocultural Parkcan be found. This park is a multifunctional tourist complex, where educational, entertainment, sports and training programs are held. At master classes in the ethno park, you can learn the traditional crafts of the Finno-Ugric and Samoyed peoples, make a Vepsian doll and a bark horse – the defender of the house against dark forces. 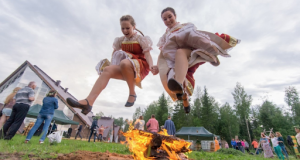 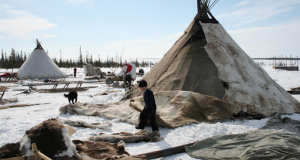